In the production of food, unintentional ingestion of allergenic substances through so-called cross-contamination ("cross contacts") can occur. This can be caused by insufficient cleaning of the production lines or by the use of the same production lines for allergen-containing food and food without allergens. As a precautionary measure and for reasons of product liability, manufacturers declare a warning on the food label, e.g. "may contain" or "contains traces of ...". In this context, It should be noted that the use of the word 'trace' in the warning is no longer recommended because it implies a small quantity. However, this term is not precisely defined. Studies have shown that there is generally no correlation between the formulation and the amount of allergen carried over.

Overall, it can be said that the increasing use of various warnings further restricts the choice of food for allergy sufferers.

This website provides a general introduction to the VITAL concept. Further information can be found at https://vital.allergenbureau.net/vital-program/ and the following links:

Overview of the development of the VITAL concepts and the current VITAL 3.0

In 2007, various international food manufacturers and the Australian Food and Grocery Council (AFGC) developed the so-called VITAL concept ("Voluntary Incidental Trace Allergen Labelling"). The VITAL concept was a standardised procedure for the detection and declaration of unintentional traces of allergens in foodstuffs on the basis of threshold values.

In 2012, a revision of the VITAL concept initiated by the Allergen Bureau was published. This version, VITAL 2.0, was based on a comprehensive evaluation of the available scientific data on food allergies by the VITAL Scientific Expert Panel (VSEP). By adapting VITAL 2.0 to the current state of science, it has become a globally respected tool for allergen management and risk assessment in the food industry.

In its current version, it enables a clear and uniform declaration of possible traces of allergens in food. The most important changes of VITAL 3.0 compared to its predecessor VITAL 2.0 are shown in the following table.

Already with VITAL 2.0, the originally existing three-stage VITAL grid with threshold values for Action Levels 1-3 was abolished. Instead, an interactive grid was introduced, which determines variable action levels for the various allergens based on the respective reference dose and the product-specific reference quantity. The reference dose indicates the total amount (in mg) of protein in an allergenic food, which only highly sensitized allergy sufferers (1%) react to (see Table 2). It can be assumed that this group of people aren't using food via prepackaged products, so that all relevant persons are protected.

The reference quantity or portion size is defined as the maximum quantity of a product typically consumed. The food manufacturer is responsible for determining this size for the respective product.

The previously available Action Level, which in case of high cross contamination allowed the declaration as an ingredient ("Contains XY"), no longer exists. Here the responsibility of the manufacturer is appealed to minimize the risk accordingly.

Since, in addition to the gluten fraction, the other proteins from cereals can also be relevant for allergy sufferers, the Vital Concept not only takes the presence of gluten into account, but also uses the total amount of protein present in the cereal to determine the portion size-related limit values. The action level for this varies depending on the portion size, as for the other allergens, but is capped at 20 ppm in order not to conflict with the legal requirements regarding the labelling of gluten-free products. 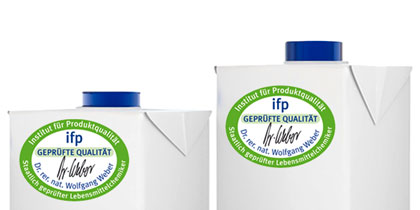 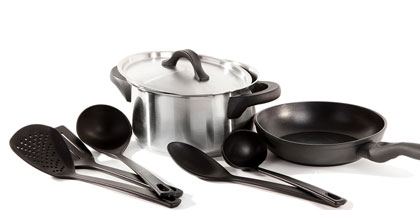