Polycyclic aromatic hydrocarbons (PAHs) are compounds composed of several condensed benzene rings with benzo[a]pyrene as the lead component. The benzene rings may additionally carry substituents (often methyl groups). In a broader sense, derivatives with heteroatoms are also counted among the PAHs. Altogether several hundred compounds are known. These are divided into "light" PAHs with three to four and "heavy" PAHs with five to seven aromatic rings. PAH are harmful to health and are classified as genotoxic carcinogens. They accumulate in fatty tissue.

The European Food Safety Authority (EFSA) considers 16 PAH compounds that are classified as toxicologically relevant to humans because of their food intake.

PAHs are formed during the incomplete combustion of organic material such as coal or fuels and are released into the air and environment with the exhaust gases. Therefore they are distributed in our environment ubiquitously. Today, the majority of PAHs are caused by human influence. It is not uncommon for the waste products resulting from the production of coke and gas from hard coal to cause severe contamination of groundwater. However, PAHs can also be produced naturally and released, for example, through deforestation or forest fires.

How do PAHs get into food?

Cocoa butter is also considered as contaminated, although the route of contamination is still unclear. The possible causes may be due to improper production conditions (e.g. storage/drying of cocoa beans on asphalt surfaces, drying with flue gases, open fireplaces/forest fires near the drying areas etc.).

The maximum levels for individual foodstuffs such as smoked or grilled meat, smoked fish, edible oils and fats as well as infant formulae and follow-on formulae are regulated in the Regulation (EC) No 1881/2006.

EFSA's Panel on contaminants in the food chain (CONTAM Panel) concluded in 2010 that benzo[a]pyrene, as a single key component, is not a suitable indicator of the presence of carcinogenic PAH in food. Instead, a sum of 4 carcinogenic PAHs was recommended to better protect the health of consumers. From 01.09.2012 this recommendation to use the sum of PAH 4 (benzo[a]pyrene, benzo[a]anthracene, benzo[b]fluoranthene and chrysene) in addition to benzo[a]pyrene for evaluation was finally implemented in Regulation (EC) No 1881/2006.

The following compounds are detected: 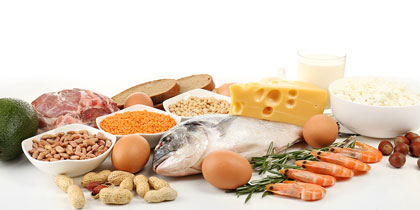