Morphine, an opiate, is one of the most important alkaloids (dried) opium, with an average content of about 15%, which is obtained from the milk sap of the seed capsules of the opium poppy. At the beginning of the 19th century, the German pharmacist Friedrich Wilhelm Adam Sertüner isolated morphine from opium for the first time. He named the substance "Morphium" - after Morpheus, the Greek god of dreams.
Today, however, this term is, only used colloquially. The bitter tasting morphine crystallises into colourless shiny needles or prismatic crystals and is easily soluble in alcohol.

In medicine, morphine is used as a strong pain killer (analgesic). The pharmacologically effective dose for an adult is approximately 10 mg. However, even this dosage may cause undesirable side-effects, such as respiratory depression, sedation, nausea and vomiting. The consumption of morphine usually causes euphoria, which lends this substance its addictive potential.

Poppy seeds used in the food industry are rich in oil and almost free of alkaloids. Yet since the seeds come into contact with the milky poppy seed sap during harvesting, morphine is classified as a food contaminant.

So far neither Germany nor the EU have specified a legally binding maximum morphine level for poppy seeds. The Federal Institute for Risk Assessment (BfR) recommends in its Health Assessment No 012/2006 of 27 December 2005 a provisional guideline value for poppy seeds of 4 mg morphine per kg poppy seeds. In addition, the BfR has derived a "transitional guideline value with recommended consumption" of 20 mg morphin/kg poppy seed. In case of a concentration of more than 4 mg morphine/kg poppy seeds, a respective note on the recommended consumption quantity should be applied to the product. Regardless of this, a reduction of the morphine content in poppy seed, for example by washing, heating or steaming, is recommended.

At ifp morphine is analysed based on acidic, organic extraction followed by quantification using LC-MS/MS. 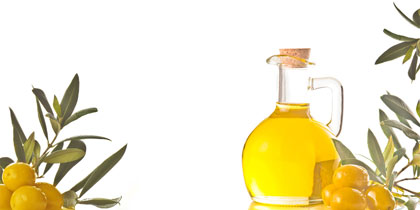