Radioactivity is the property of unstable atomic nuclei to transform spontaneously. The process releases energy (usually by emitting ionizing radiation). In general terms, radiation is the emission of particles or energy. Ionizing radiation is capable of removing electrons from atoms or molecules, leaving behind positively charged cations.

Structure of the atom

An atom consists of the positively charged atomic nucleus and a negatively charged electron shell. The positive charge of the nucleus is due to the protons. The number of protons (atomic number Z) is specific to each chemical element. Carbon (C), for instance, has six protons, nitrogen (N) has seven.

Outwardly atoms are neutral, since the positive charges of the protons are compensated by the same number of negatively charged electrons in the atomic shell. An atom that has more or less electrons than protons is referred to as a (charged) ion.

The various types of atoms (nuclides) differ by their mass number, atomic number and neutron number. Nuclides with identical atomic numbers but different neutron numbers are referred to as isotopes. There are two stable isotopes of carbon, for instance: carbon-12 (12C) with six, and carbon-13 (13C) with seven neutrons.

When an atomic nucleus decays, an alpha particle (helium nucleus), consisting of two protons and two neutrons, is emitted. As a result the atomic number is reduced by two and the mass number by four.  This is how 210Po (Z = 84) transforms into 206Pb (Z = 82) by emitting a helium nucleus.

In the event of a beta- decay a neutron transforms into a proton and an electron is emitted. The atomic number increases by one. Example: 198Au (Z = 79) transforms into 198Hg (Z = 80) as a result of one electron being emitted.

If a proton transforms into a neutron, a positron is emitted. This is referred to as a beta+ decay. The atomic number decreases by one.

Gamma radiation usually occurs as a direct result of alpha or beta decay. If, after such decay, the atomic nucleus is in an excited state, a gamma quantum will be emitted in the process of transition to the energetically more favourable basic state. The mass number and the atomic number remain unchanged during this process.

Due to relatively large particles being released in the event of alpha radiation, the ionizing effect, i.e. harmfulness to biological tissue, is particularly high in this case. At the same time alpha radiation has the lowest penetration capacity and can be shielded by as little as a piece of paper. Beta radiation can only spread a few millimetres in solid bodies. It can be shielded by a timber board, for example. Gamma radiation has the highest penetration capacity, yet no defined range. Instead it is diminished depending on the shielding material and the material’s thickness.

Activity (A) is the amount of radiation emitted within a certain period of time. The unit is becquerel (Bq). 1 Bq equals one nucleus decay per second. Since the activity also depends on the number of unstable atomic nuclei in a given sample, the radioactivity of food is specified in relation to its mass and given in Bq/kg.

The absorbed dose (total ionising dose, TID) is the energy (joule per kilogramme) absorbed by a medium per unit mass. The unit used in this case is gray (Gy). The following applies:

The detrimental effect of an energy dose on biological tissue varies with the type of radiation that causes it and with the organs that absorb it. Dimensionless quality or weighting factors are therefore used when multiplying in order to calculate the equivalent, organic or effective dose, for example. These weighted doses are specified in J/kg. In order to distinguish them from the absorbed dose, they are specified in sievert (Sv) instead of gray. 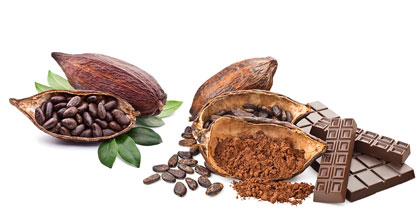