Polychlorinated biphenyls form a compound class of chlorinated aromatic hydrocarbons. There are 209 different PCB congeners, divided into dioxin-like PCBs (dl-PCB) and non-dioxin-like PCBs (not dioxin-like PCB, ndl-PCB)... dl-PCB is the name given to twelve compounds (non-ortho PCBs and mono-ortho PCBs) which exhibit molecular biological behaviour similar to dioxins/furans (PCDD/F). For the remaining PCBs, which do not resemble dioxins in toxicological terms, a group of 6 indicator PCBs (PCB 28, 52, 101, 138, 153 and 180) has been established.

How do polychlorinated biphenyls enter the environment?

PCBs are non-flammable, have high boiling points, high viscosity and are thermally and chemically stable. Due to these properties, they had a wide range of applications. Since 1929, more than 1.2 million tonnes of PCBs have been produced worldwide, either in pure form or as an admixture.

PCBs were only introduced directly into the environment in small quantities. However, for decades they were able to gradually spread into the environment due to their durability and their initially unrestricted use. PCBs are detectable in water, soil, air, sediments, sewage sludge, plants and animals, among other things, so that a certain level of contamination is present almost everywhere today.

The EC Directive 76/769/EEC of 1976 severely restricted the use of PCBs. Since 1989, the use and marketing of PCB and PCB-containing products has been prohibited in Germany by the Hazardous Substances Ordinance. Despite the restrictions and prohibitions, there is still a high PCB load in contaminated sites and closed plants.

At the ifp Institute for Product Quality, the determination and quantification of the six indicator PCBs after extraction from the sample is carried out using GC-MS/MS. 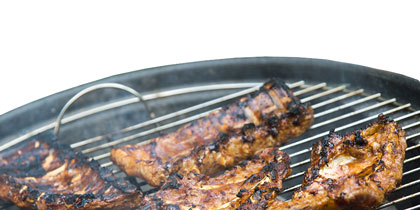