With growing of globalisation, the heterogeneity of the German population is increasing and the associated demand for e.g. kosher or halal food poses new challenges for the Western food industry. Many foods that do not comply with the halal and kosher food regulations are therefore taboo for the population group concerned - in addition to certain meat products, these may also include cakes, jelly bears, yoghurt products or puddings.

Halal and haram: permitted and prohibited food in Islam

The Muslim dietary requirements are regulated in the Koran and Sunna. Food that meets these requirements are "halal". All foods are allowed except those listed below, which are considered "haram=prohibited". Under commercial law, the term halal has been described in the Codex Alimentarius since 1997. On an international level, a uniform halal certificate is being sought. At present, however, there are a large number of certification bodies that issue certificates, whose acceptance can vary greatly due to different halal interpretations.

The basis for food that is permitted (kosher) under Jewish dietary laws is the Torah. It is divided into "meaty" (Hebrew: basari), "milky" (Hebrew: chalawi) and "neutral" (parve) foods. The simultaneous consumption of milky and meaty foods is not permitted. In the stomach, milky and meaty foods may also not mix, so waiting times must be observed. 2

The following foods are considered kosher3

a other animals such as pigs, horses, camels, hares, insects are prohibited
b are not kosher, e.g. eels, whales and all shellfish (lobsters, crabs, mussels)
c Fish eggs and fish oil are only kosher if they are obtained from kosher fish
d with the exception of milk products such as hard cheese or whey obtained from animal rennet

We offer a sensitive PCR detection for pigs and many other animal species for testing halal and kosher food. You can also have your products tested by us for alcohol residues. 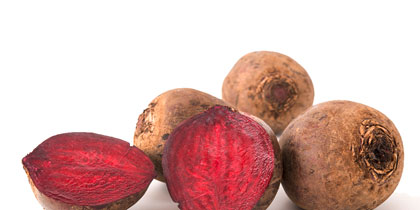